When it comes to worms for composting, what comes into mind? If you were an earthworm breeder, dealer, or plain gardener, then you’d know that red wiggler worms are the ideal worms for vermicomposting. To learn more about these earth wonders, read through some of the red worm facts below. 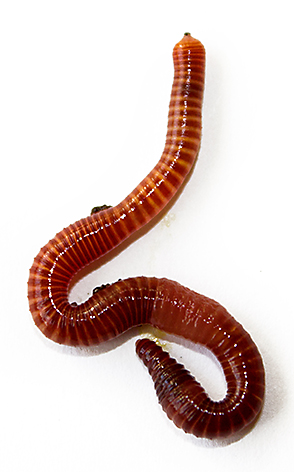 Red wigglers, also known in their scientific names as Eisenia foetida, are the most preferred type of worms when it comes to composting. Other than that, they live for as long as two to five years, that’s why gardeners like using them compared to other earthworm types. Aside from that, they are also known by different names:

When raising worms such as red wiggler worms, you should be able to know how to make good use of them. When you’re able to maintain and care for their habitat well, and also feed them the right kinds of organic wastes, then they’ll be able to produce nutrient-packed and quality-rich worm castings for you (also known as worm poop or compost). When you feed them decomposing organics, they’ll be able to break these down into a valuable source of natural fertilizer (looks like topsoil and also smells earthy).

What do worms eat?

So, what do worms eat? Well, these red wriggler worms can be fed with kitchen scraps and garden wastes. So, any decaying organic stuff will do like vegetable and fruit peels, crushed egg shells, used tea bags, coffee grounds, grass clippings, dry leaves, and others more. But make sure not to feed them foodstuff that are oily, citrusy, or has meat or dairy in them. Unless you want to attract unwanted pests to visit your worm bin, or to have an odor build-up, you should be able to sway away from these bad stuff.

Aside from the other red worm facts mentioned, and just like European night crawlers, red wiggler worms are only able to breathe through their skin. It’s a fact that worms don’t have lungs, and are also lacking ears and eyes. But these live worms are still able to thrive and work around by sensing the lights and vibrations present around them. They also have no bones but are actually composed of 90% water. So if their skin is left dry for a long period of time, then this may cause them to die.