Safer® Brand is pleased to announce the selection of the July 2016 winner of our twice-a-year scholarship contest. This period’s winner is Charlotte Ljustina, who is attending Columbia University in New York City.

Our contest asks college and university students to write an essay answering one of five questions about green living and organic gardening. We offer this scholarship because we want to make the world a better place. Safer® Brand also knows the value of continued education and these scholarships are a way to help students succeed. We realize that the future of this world is in your hands and want to do anything we can to assist.

We asked Charlotte to include a short bio after we informed her of her win. Here’s what she had to say about herself: 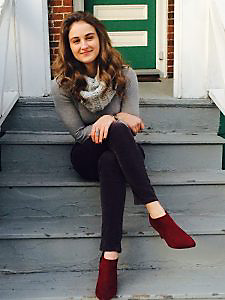 Charlotte Ljustina, 22, is a transplant to the Northeast from Miami, FL. She earned a bachelors degree in mathematics and English from Mount Holyoke College in 2015. While there, she was a writer and photographer for the school’s independent newspaper, a member of the crew team, and worked in the Dean of Students and Dean of the College’s offices. Inspired by the beauty of the campus and the nature around it, Charlotte developed a summer project where she studied the relationship between math and beauty, which she presented at Mount Holyoke’s 2014 LEAP Symposium.

After graduation, Charlotte worked as the Public Policy and Strategic Partnerships intern at Care.com. This Fall, she will be attending Columbia University to earn her Masters Degree in Negotiation and Conflict Resolution. A gymnast for fifteen years, Charlotte remains involved with the sport by coaching and earned her judging accreditation in 2014. In her spare time, she loves to practice acroyoga with her friends, explore anything outdoors, and discover new vegetarian restaurants!

Through the Woods into a Green Life

The setting: the woodlands of Jagnjedovec, Croatia.

The cast: Twenty children aged fourteen and under, one man who bears a remarkable resemblance to both Hagrid and Dumbledore from Harry Potter, and three American students visiting as camp counselors.

The mission: use the clues to find the flags.

The teams were split, the boots were laced, and the clouds were threatening the sun. As we venture through the forest, it hits me: this is green living. Okay, nomadism and hunting and gathering are pretty much antiquated things of the past. But, the ability to create harmony with nature by surrendering yourself to it creates balance, which leads to sustainability. It’s almost like a long chain of Dominos. Each moment of integration with the natural world leads to another action that promotes ecological, real, healthful living for both yourself and the planet.

So, picture this. We are walking through this forest, campers with their eyes ablaze on the trees, the roots, the flowers as they search for the next clue. Little did they know that during their investigation, they were learning about the kind of tree that sustains poison berries. They learned about the kind of mushroom that made its home in the ground, which we would be using to make soup that evening. They learned of the plums that were ripe enough to eat and those that were not. (That they learned the hard way). And, I learned too. 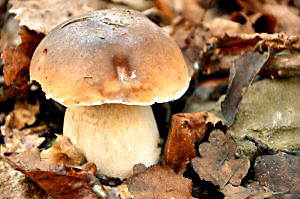 As we furthered into the woodland, I became more a part of nature with each step. As I ate the fruit I tasted a significant difference from that which I grew up eating. As we made mushroom soup, I understood the grace which people speak before a meal. That mushroom fed all of us- twenty campers, three counselors, the couple who ran the campsite, plus about eight other directors. One mushroom (granted, it was roughly the size of my head), provided nourishment for everyone in that campsite. I had never seen anything like this before. Prior to this, I witnessed people over using ingredients to make meals that would be “leftovers” for the next day. The waste of food is perhaps one of the greatest tragedies, because it promulgates imbalance – between people and earth and between people and people. With options such as compost, recycling, and just using less – like one mushroom – it is practically nonsensical to use food in the way that we tend to. (Note: This is especially1 the case in America and particularly with the overproduction and overeating of meat products.)

I thanked nature each moment of that adventure. Even when the rain started coming down and we still had a couple miles to walk. “We’re not sugar,” the Hagrid/Dumbledore figure announced, “we won’t melt!”

For me, living green means understanding the privilege we as humans have to inhabit this planet. And, it’s acting on it by supporting local farmers, eating wholesome non-chemically-induced foods, continuing to engage with the natural world, and using sustainable and recyclable materials on a daily basis. Green living is symbiotic; I saw this when I was trudging through the mud, when I was being wrapped by thorny bushes, and when I was cheering on the winning team for finding their flag. It is no longer optional, it is necessary. If anyone tells you differently, tell them I know a place that will change their mind.

1 In the USA, 30-40% of the food supply is wasted, equaling more than 20 pounds of food per person per month, http://www.worldfooddayusa.org/food_waste_the_facts

You Can Enter Our Next Scholarship Essay Contest

College and university students are urged to write an essay to enter the Safer® Brand twice-a-year scholarship essay contest. Each scholarship is for $500, and you may only enter once per semester!

Mail entries to SaferBrand Scholarship@woodstream.com, please consult our contest rules before entering. If you have any questions, contact Safer® Brand on Facebook.