A Wave of Tick-borne Diseases is Hitting the U.S.

According to the Centers for Disease Control, the number cases of tick-borne diseases is on a steady rise in the United States. Lyme disease, however, isn’t the only disease ticks can transmit to humans with a bite. There are a number of similar life-threatening tickborne diseases that pose a significant threat to public health.

The best defense against Lyme disease and those other diseases is to avoid contact with ticks altogether. Best methods include wearing long pants and sleeved shirts and treating high-use areas with a tick-killing insecticide.

Before we delve into the specifics of tickborne diseases, here’s a thorough checklist to avoid tick bites:

HOW TO PROTECT YOURSELF FROM TICK BITES

You can minimize your risk of tick bites by:

By following these guidelines, you can greatly minimize the risks of getting tick bites. If, however, you’re bitten by a tick, you should be aware of the signs and symptoms of Lyme disease and other diseases that can be transmitted by these pests. 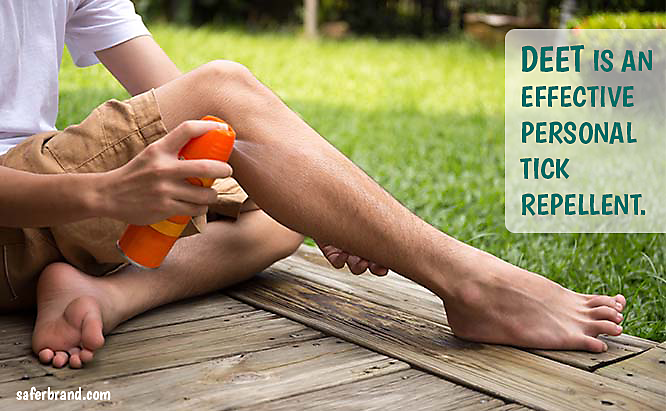 WHAT IS LYME DISEASE?

This infectious disease is transmitted by ticks that carry a bacteria that severely effects human health. Within a week of being bitten by an infected tick, a person will develop a red, bull’s eye-shaped rash at the bite site. From that point, the bacteria triggers a variety of symptoms including fatigue, headaches and a fever. As the disease progresses, joint pains are most common, but other signs of the disease include severe headaches, facial paralysis and tingling in the arms and legs. If left untreated, the disease can linger for years, and it can be fatal in extreme cases.

BEYOND LYME DISEASE: OTHER TICKBORNE DISEASES

Lyme disease is certainly the most well-known of the diseases that can be spread by tick bites. However, researchers are signaling that other tick-borne diseases are becoming more prevalent, too. Among them are: 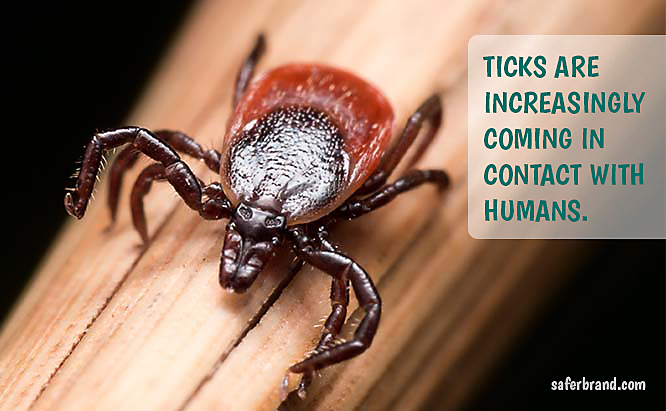 WHY IS THERE AN INCREASE IN TICK DISEASES?

Tick diseases are becoming so prevalent because the population of ticks in North America is swelling. Likewise, people are encountering them more often as human population centers encroach further into areas that support tick-carrying wildlife. Climate change is another factor, since increasing temperatures allow ticks to thrive in areas where they wouldn’t have existed before. Also, increasing deer populations are giving ticks a reliable, and highly mobile, food source.

HOW TO KEEP TICKS AWAY FROM YOUR PROPERTY

If you’re concerned about ticks invading your lawn or vacation property, turn to Safer® Brand for an OMRI Listed® solution to dealing with these deadly insects. OMRI Listed® products are scrutinized by the Organic Materials Review Institute to make sure they’re produced in the appropriate methods to be compliant for use in organic gardening.

To battle ticks, apply Safer® Brand Mosquito & Tick Killer Concentrate. This concentrate features a hose-end sprayer attachment for easy application on your lawn. Using a mixture of potassium salts of fatty acids and pyrethrins, Mosquito & Tick Killer eliminates ticks on contact while also killing mosquitoes, chinch bugs, lawn moths, sod webworms, armyworms and European crane flies. Each 32 oz bottle treats up to 2,500 square feet and can be applied as often as needed, but no more than once a day. 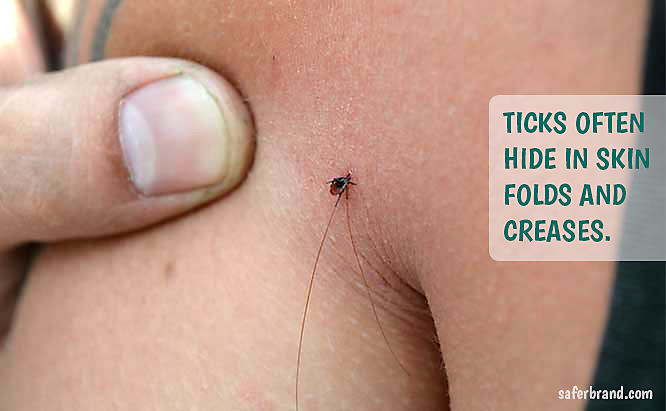 If you like the idea of protecting your family and garden from pest insects while keeping those treatments compliant for use with organic gardening, turn to Safer® Brand. Join the Safer® Brand community on Facebook, where we help homeowners and gardeners tackle their pest problems. You can also contact our dedicated Consumer Care Team at 855-7-ORGANIC.

Also be sure to subscribe to the Safer® Brand E-Newsletter for helpful articles like this and special announcements on products to help you in your home, lawn and garden.