Harmless to humans and your garden plants, the Soldier beetle is one of the most beneficial bugs to have in your garden. These insects feed on harmful insects, pollinate flowers, and help deter predators!

The soldier beetle is closely related to the insects that light up the night. 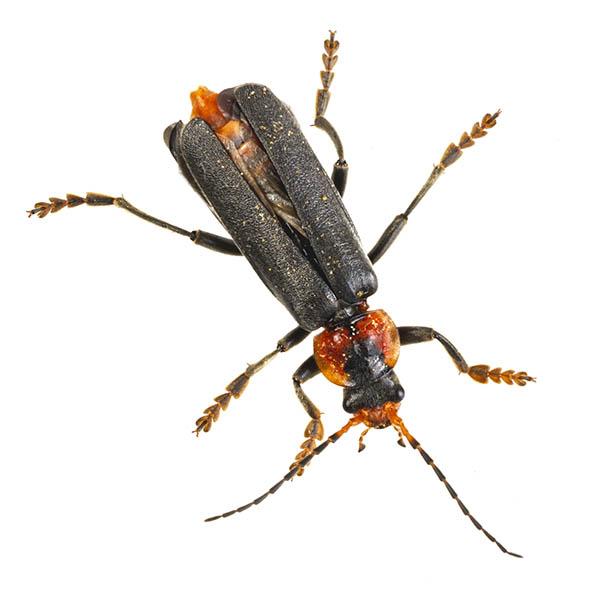 Soldier beetles, otherwise known as leatherwings, vary in color depending on their environment. However, they typically have a yellowish-tan body color with black dots on their wings. Their wings resemble leather, hence the name, and are soft to the touch.

Soldier beetles are elongated and are about 1/2 inch long. They have a similar body and shape to lightning bugs; however, they don’t have the ability to flicker with light.

What does the Soldier Beetle prey on?

Soldier beetles are very beneficial in your garden because they feed on some of the bugs that can cause damage to your plants and yard. Soldier beetle larvae feed on the eggs and larvae of beetles, grasshoppers, moths, and other insects.

Adult soldier beetles prey on aphids and other soft-bodied insects. They also feed on nectar and pollen plants, such as goldenrod, milkweeds, and yarrow.

Female soldier beetles will lay their eggs in moist soil or leaves. These bugs come out in the summer and live in areas where the climate has warmer weather. They are drawn to places with a lot of greenery and nature, like grasslands, along hedgerows, in the woods, in parks, and in gardens.

They can be found throughout the united states, particularly in the western region. During hibernation in the winter months, they will burrow under dirt and leaves until warmer weather.

Benefits of the Soldier Beetle

There are many benefits to having more soldier beetles in your yard. One of them is that they prey on those pesky insects that could potentially ruin your garden, but also because they won’t cause damage themselves. These insects feed off small insects, pollen, and nectar, so they’ll leave your garden alone. As adults, they specifically target aphids, which are known to cause a lot of problems in gardens.

Because solider beetles collect pollen and nectar as they fly from flower to flower, they help with the pollination process. They are one of the species that help spread and grow plants naturally. Plus, in all stages of their lives, the soldier beetle can leave a defensive secretion that deters their predators – also keeping those other insects and animals away from your garden.