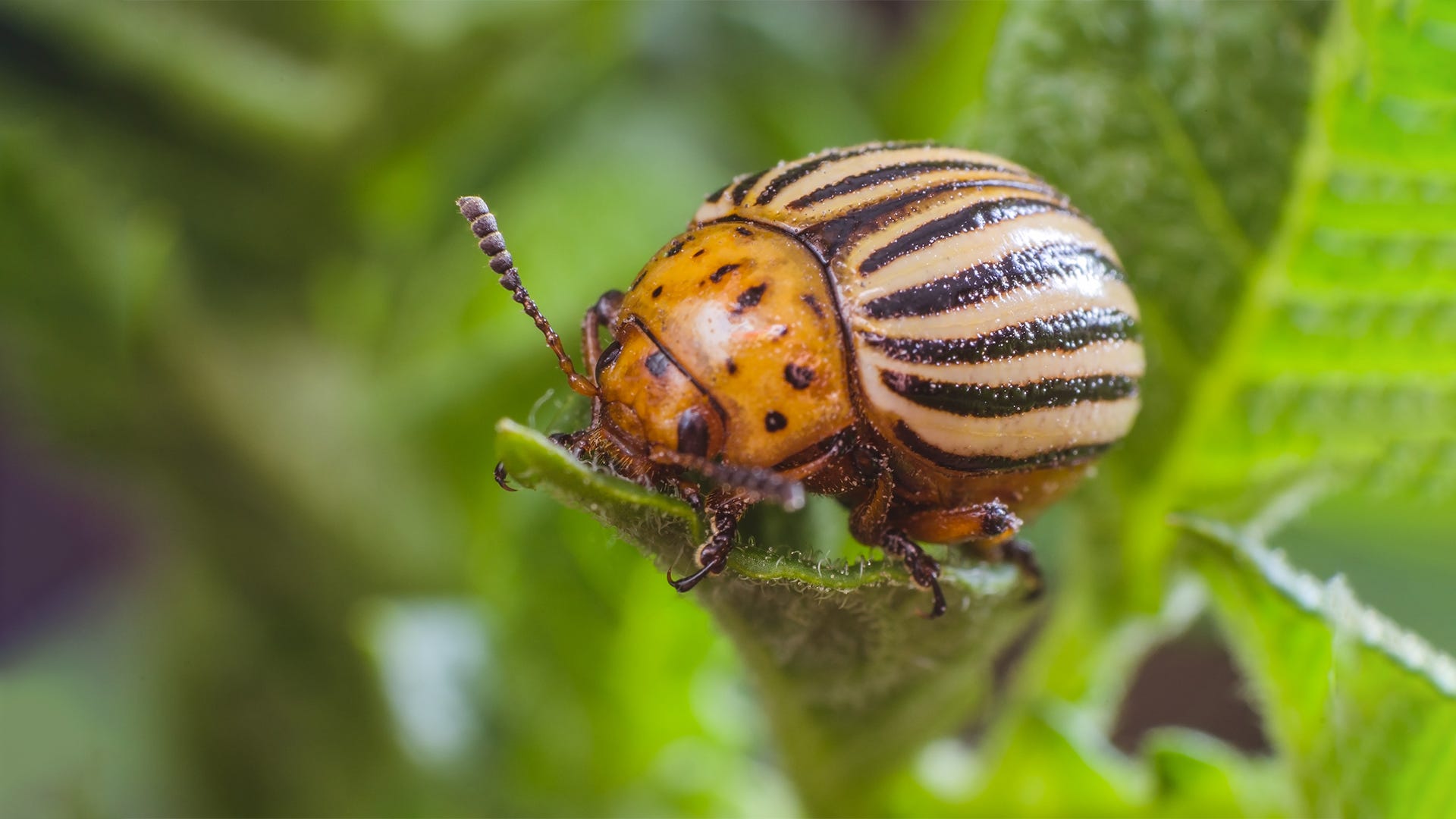 Safer® Brand often gets gardening and insect questions on its Facebook page. If you have a question of your own, reach out to Safer® Brand on Facebook, and maybe we'll feature your question as an article, just like this one:

My garden hasn’t done well for the last couple of seasons — especially my tomatoes and peppers, which seem to attract a yellow and black striped beetle that I think is eating their leaves. A friend told me these were Colorado potato beetles, but I was always under the assumption these bugs don’t have a taste for tomatoes and peppers. Is he right? And what can I do to get rid of them without resorting to insecticides?”

Your friend’s probably right. Those certainly sound like Colorado potato beetles. In addition to potatoes, these ravenous little bugs do in fact go after tomatoes, peppers, eggplant and any other plant in the Solanaceae family, commonly referred to as the Nightshade family. Both larvae and adult beetles cause damage.

Unlike some garden pests, the potato beetle is native to North America. It was first discovered in 1859 by Colorado settlers. The bug’s natural diet was the buffalo bur, a potato relative, but commercial potatoes proved extremely palatable, and the potato bug’s been making life miserable for gardeners ever since.

As you noted, a mature Colorado potato beetle has yellow wing covers with 10 narrow black stripes running down the body. The area just behind the head is yellow-orange, the body is oval and the beetle reaches a maximum size of about 3/8ths of an inch.

Potato beetle eggs are bright yellow-orange, and they can be found in clusters on the undersides of plant leaves. When hatched, the larvae are a brick-red color with black heads, but as they mature their bodies become salmon-colored. At all stages of development the larvae have two rows of dark spots running down each side of their bodies.

When temperatures are in the mid 80s, Colorado potato beetle larvae grow to maturity in less than ten days. In cooler temperatures the process can take up to a month. Once mature, the larvae burrow into the soil to pupate, and two generations can come to maturity over a summer.

You can get rid of Colorado potato beetles, although you’ll need some patience. Start in the spring, before you plant, by removing nightshade, ground cherry and other weeds in the Solanaceae family from the garden. The beetles eat these while they’re waiting for tomatoes, potatoes and peppers.

If you have a small garden, you can try handpicking the pests and drowning them in a pail of soapy water. At the same time, inspect the undersides of leaves regularly and remove any eggs. You’ll have to be vigilant with this, especially if you live in an area where potatoes are a commercial crop. The Colorado potato beetle’s a flier and can move into a garden from other backyards or fields.

As an organic gardener, you don’t want to use chemical pesticides. Plus, they’re not very effective against potato beetle infestations anyway. Luckily, there’s a chemical-free way to get rid of these pests. Safer® Brand’s End ALL®, which is OMRI® Listed and USDA approved for organic gardening, contains neem oil and pyrethrin. These two compounds kill destructive insects at all stages of development, yet they easily break down into the environment.