To help with online shopping during COVID-19, we are offering free shipping on all orders $35 & over.

Due to higher order volumes, expect delivery delays of up to 7 days.

When new gardeners are just starting out, they often look for easy-to-grow vegetables, a list that often includes cucumbers, zucchini, squash and pumpkins.

Designated as cucurbit crops, these plants are also the primary target of the cucumber beetles, which means that these bugs may be one of the first pest problems a new gardener encounters.

The result? A pitched battle against these beetles by gardeners desperate to save their plants.

What Are Cucurbit Plants?

For several reasons cucumbers, zucchini, squash and pumpkins are favorite cucurbits among new gardeners. Most notably, they are easy to grow -- all you need to do is plant them and let them do their thing. Assuming a gardener has provided them with plenty of water, space, sun and nutrient-rich soil, these plants can thrive with little additional maintenance. The result? An easy win for new gardeners.

The cucurbit family includes cucumbers, pumpkins, summer squash, winter squash, watermelons, muskmelons, melons, loofah, gherkins, zucchini and wax gourds. Another reason cucurbits are so popular is that there are plenty of uses for the resulting produce – in recipes, as snacks or even as decorations. 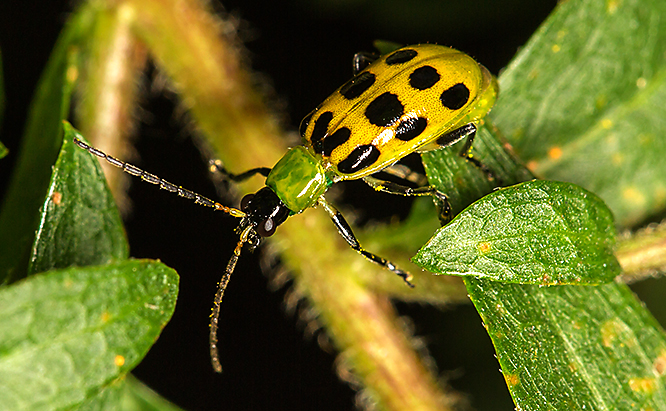 Cucumber beetles come in three main varieties -- the spotted, the striped and the banded. Corn rootworms are cucumber beetle larvae.

There are three primary cucumber beetles:  spotted, striped and banded. There are also several subspecies of each, but the general descriptions of these beetles (and their treatment) are identical.

It is easy to understand why gardeners hate cucumber beetles. These voracious insects can have a devastating effect on a cucurbit or corn crops. Damage can begin in the early spring and continue until harvest, with the beetles attacking various parts of the plant as they mature. Further, the insects and their eggs can overwinter, resulting in persistent problems across multiple growing seasons. 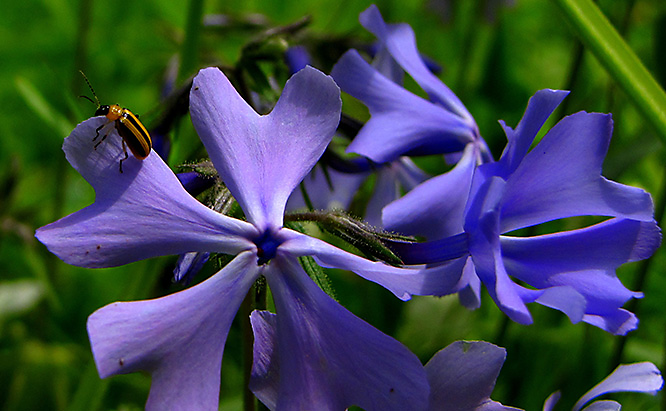 Cucumber beetles can infect plants with bacterial wilt, which will kill off the entire plant.

The easiest way to treat cucumber beetles is to target them as adults. By eliminating adults, you can break the reproduction cycle within a single season. Use an OMRI Listed® spray that uses pyrethrin and potassium salts of fatty acids to target the beetles’ nervous systems and protective outer shell. Apply to your plants every 7 to 10 days to prevent additional damage. Safer® Brand Tomato and Vegetable Insect Killer may be used until the day of harvest, allowing you to continually harvest from cucurbit plants, which often generate fruit throughout the season.

You can also target the larvae directly by applying Safer® Brand BioNEEM, an OMRI Listed® insecticide that uses azadirachtin to disrupt their molt cycle. Apply every 7 to 10 days.

Be aware that cucumber beetles can fly. If a garden is near an infected cornfield, then it may see a continual influx of cucumber beetles. Another control method – using row covers -- relies on their preference to fly from plant to plant. Row covers can be difficult to deploy, as their ends must be well-sealed to stop incoming cucumber beetles.