How to Get Rid of Eastern Tent Caterpillars 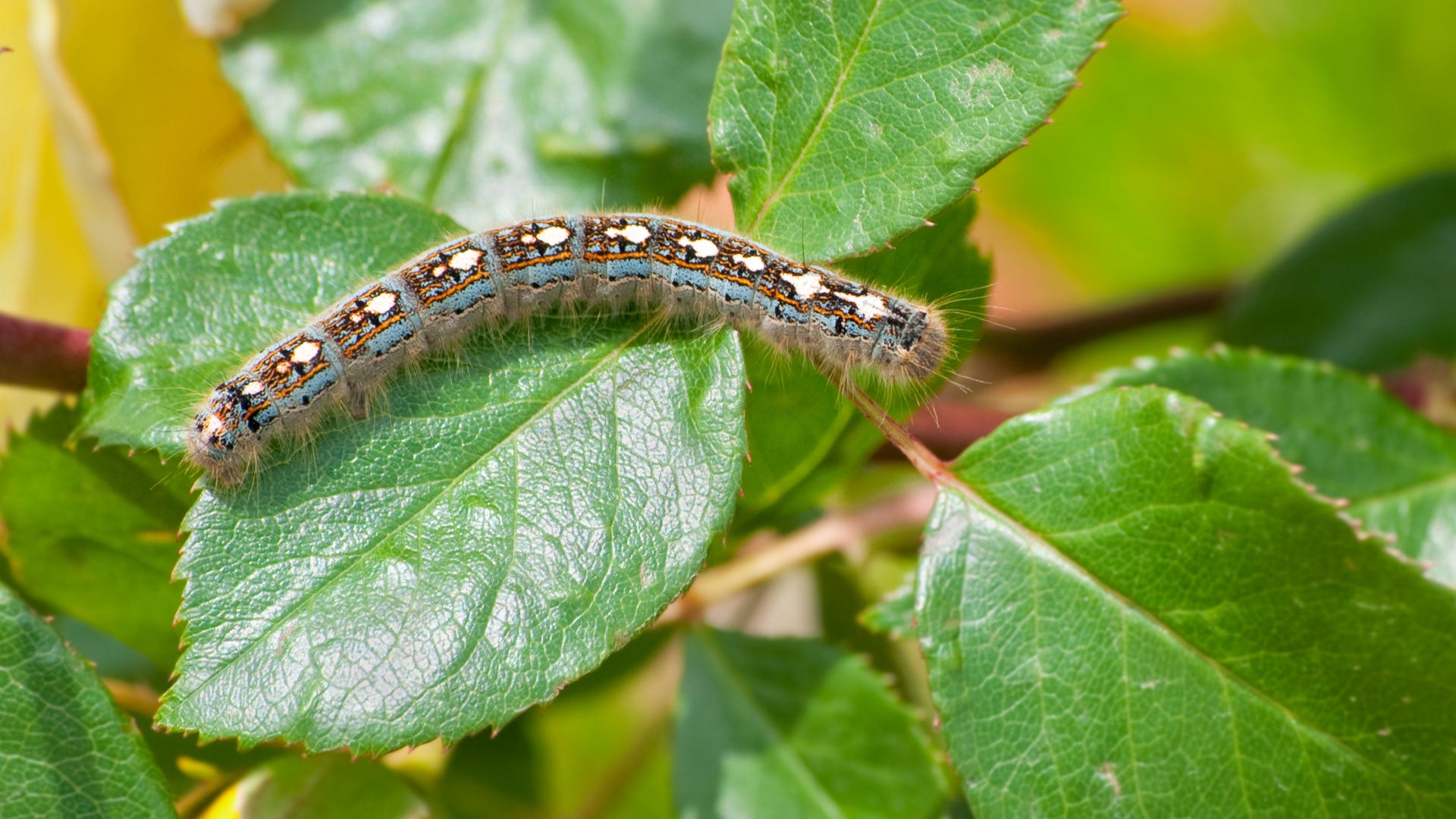 If you notice web-like structures between branches of your trees, including your ornamental and fruit trees, then you may be dealing with a common pest found all over North America: the tent caterpillar. These pests are actually the larvae of several types of moths that make their home in your trees and feed on plant leaves.  Tent caterpillars are aptly named for the conspicuous, silk tents they build in the branches of host trees.

With severe infestations, they can defoliate your trees. By learning how to get rid of tent caterpillars and finding safe control methods, you’ll help save your plants from threatening infestations. 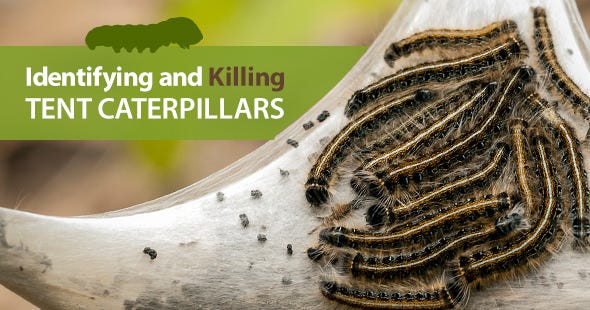 Your location can determine which type of tent caterpillar you’re dealing with and the best control methods. 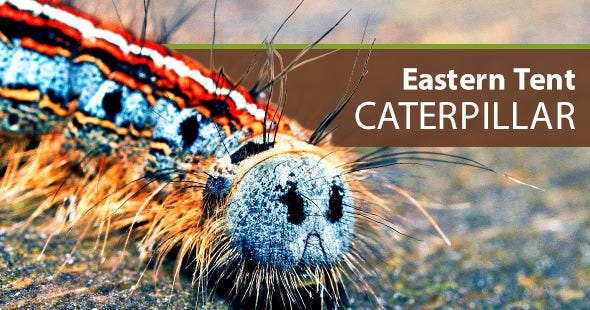 Eastern tent caterpillars are common in the Eastern U.S and the Rockies.  Their populations vary by year, and large infestations can cause extensive damage to the appearance of ornamental trees. As soon as eggs hatch, the caterpillars climb up into the bends of trees to spin webs.

You may find them in a variety of common host trees. 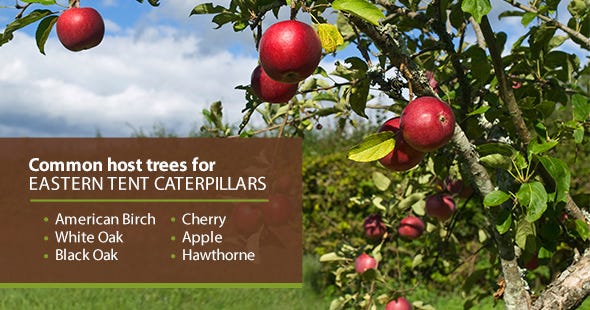 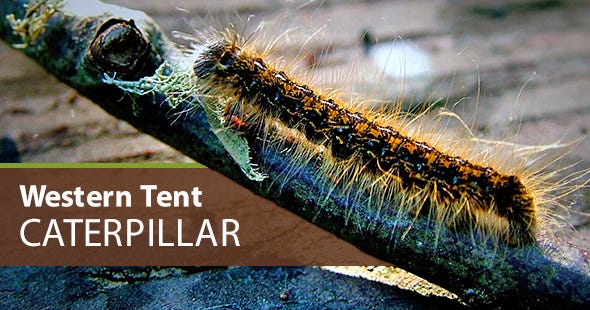 Western tent caterpillars are orange with black markings that run down their backs. Their “tents” begin emerging in spring as their eggs hatch. At this time, trees begin to bud and these pests begin feeding on new growth immediately after hatching.  You can find them on a variety of host trees, including:

Forest tent caterpillars have a noticeable appearance. You can easily identify them by their blue color with black specs, and the white, foot-printed-shaped markings on the center of their backs. Their webs are also silken mats between tree branches, and they aren’t considered actual “tents.”  Some host trees include:

Other Insects That Are Mistaken for Tent Caterpillars

There are other types of moths and insects that are commonly mistaken for tent caterpillars. They have varying effects on your property.

Gypsy moths differ from tent caterpillars, which means gypsy moth caterpillar control methods will differ slightly as well. Gypsy moths don’t appear in the spring, but instead appear later in the year. One generation appears each year, and they affect a range of ornamental shrubs, conifers and trees.  You may also notice them on fruit bushes.

If you hear someone referring to tent worms, they may be talking about fall webworms. These are not tent caterpillars, but at times, people use the two names interchangeably.  They differ from eastern tent caterpillars in appearance and habits — fall webworms are creamy-white, hairy, and have dark spots.

They spin webs over the tips of branches and leaves, and they also feed within their webs unlike tent caterpillars who use their tents as shelter. As the name implies, fall webworms are most active during fall.

Eastern tent caterpillars lay eggs in host trees from January through March. Eggs begin hatching in early spring, and the larvae feed and develop into adults over the next few months. Adult moths begin laying new batches of eggs in the summer and continue through fall and early winter. 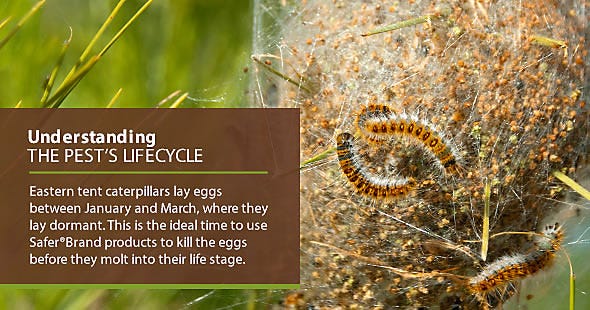 Since eggs are dormant during winter, you can spray trees with an oil to smother the eggs.  Safer®Brand BioNEEM® is a neem oil concentrate that kills the eggs of a variety of insect pests, including caterpillars. This product works by disrupting the insect’s hormonal balance, so they are killed before they molt into their life stage.  BioNEEM® contains azadirachtin, which is a natural Insect Growth Regulator extracted from the neem seed.

If you don’t start controlling the caterpillars while they are dormant, you can also use a spray such as Safer®Brand Caterpillar Killer that kills pests at all stages of development.  This product is a method of getting rid of caterpillar infestations.  Caterpillar Killer contains Bacillus thuringiensis var. kurstaki, a natural ingredient that doesn’t harm people, birds or other animals. However, it does kill caterpillars within a few days.

This product is ideal for: