Due to the COVID-19 impact, add 3 days to the expected delivery date. 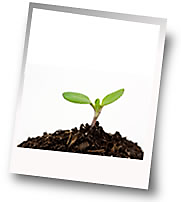 Find out how well you know the key players in the soil food web and the role they play in your quest to create the most fertile soil for your crops.

b) Protozoa grow a second cell

Answer: c. Protozoa have a lower concentration of nitrogen in their cells than the bacteria they eat and more than they need, so the excess becomes available to plants’ roots.

2. Mycorrhizae (pronounced “my-core-RISE-ah”) are fungi that benefit plant roots by:

a) Breaking up clay soil and binding together sandy soil

b) Gathering nutrients beyond the reach of roots

d) All of the above

Answer: d. The beneficial fungi physically enter the plants’ roots or coat them in a sheath (depending on the plant species’ particular needs) and then send out threads far into the soil to enhance the soil’s texture and the roots’ feeding capacity.

3. The root-knot nematode is a pest of many crops, but many other species of the tiny, worm-like organisms help build healthy soil in all of these ways except:

b) Breaking up compacted soil

d) Distributing beneficial bacteria and fungi through the soil

Answer: b. Nematodes prey on bacteria that cause plant diseases and on other, destructive types of nematode species, and they carry the smaller, helpful microbes such as bacteria and fungi through the soil on their surface and in their digestive systems. They don’t have a direct effect on soil density.

4. Four different types of bacteria are active in healthy soil. One of them, called actinomycetes, is responsible for the:

b) Reddish color of clay soil

Answer: a. Actinomycetes break down slow-to-decompose plant components, such as chitin and cellulose, and they release the earthy aroma as they digest.

5. The work of breaking down larger pieces of decaying organic matter in the soil is done by arthropods, which include:

Answer: c. Sow bugs are relatives of crabs and lobsters, with powerful mouth parts that chomp up leaves and other plant residue. Millipedes, also called diplopods because they have two feet on each body segment, break up rotting wood and other damp plant matter.

6. Anaerobic bacteria are most active when:

a) The air is very warm

b) The soil is soggy

Answer: b. Soil that is very saturated has no space for air, essential for all the beneficial organisms, including bacteria. Anaerobic bacteria move in where there is no oxygen and begin separating it from nitrogen, releasing the essential nutrient into the air as a gas before plants can absorb it.

7. The most familiar player in the soil food web, earthworms perform which of these important functions:

a) Blending together different components of soil

b) Opening air pockets in the soil

d) All of the above

Answer: d. Earthworms drag organic matter at various stages of decay deeper into the soil as they dig their burrows. Their tunnels create spaces in the soil that hold oxygen, vital to all the other organisms and the plants. As organic matter passes through earthworms’ intestines, it is inoculated with the countless microbes living in its guts.