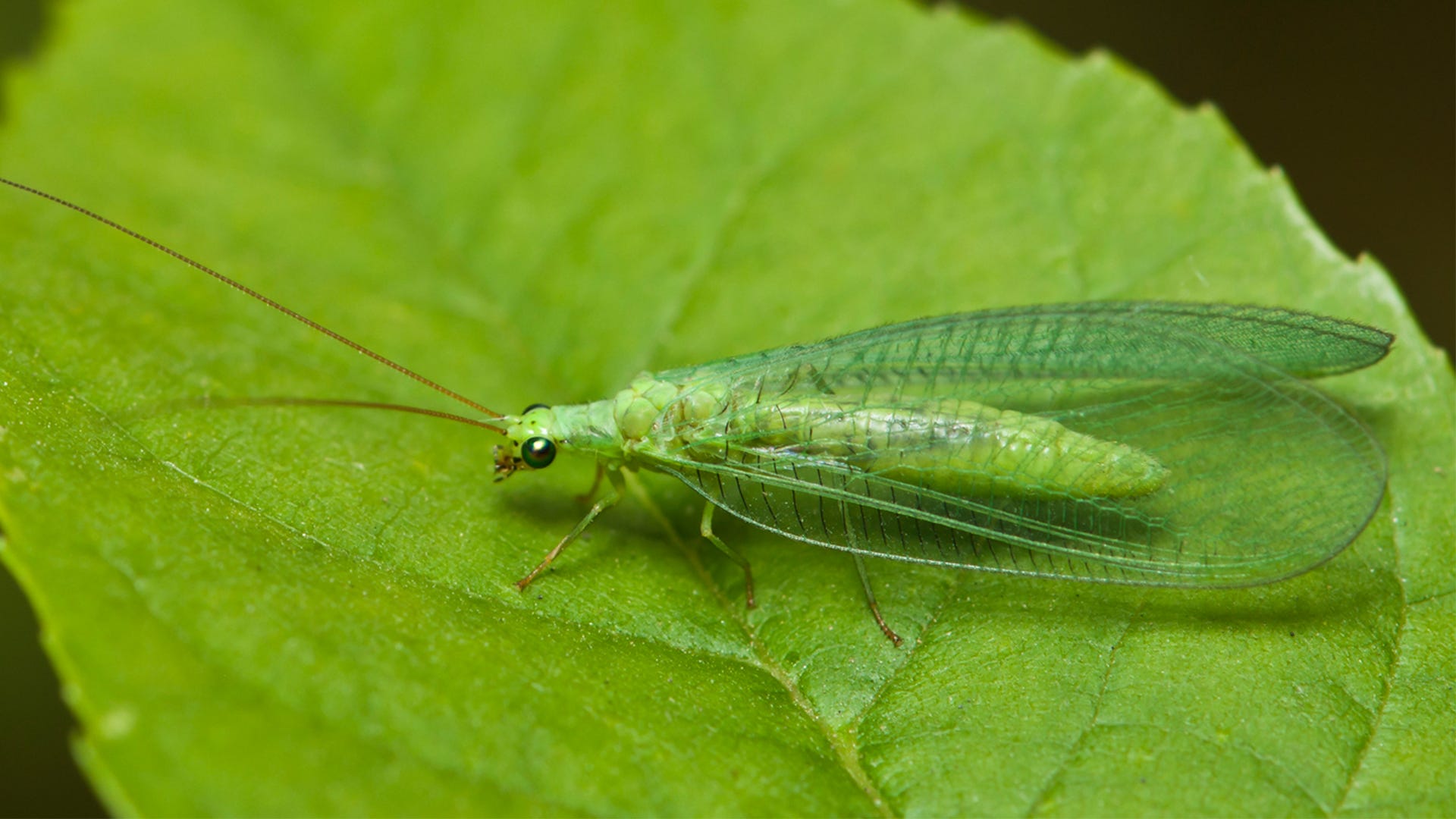 As farmers, greenhouse managers and everyday gardeners seek out solutions to their plant problems, one particular method seems to stand out – biological pest control. This strategy uses specially introduced predatory or parasitic insects to control another insect population that’s actively harming a crop.

Gardeners who recognize their problem can order these beneficial insect assassins in mass quantities and release them near their garden. Within a few weeks, the pest problem is resolved.

In general, it’s a great process – using insects to fight insects means there’s no synthetic chemicals used and there’s practically no human labor involved in dispersing these beneficial bugs. Unfortunately, some worry there may be other costs since the process introduces these insects to a new location. This, of course, leads to several questions from organic-minded gardeners: 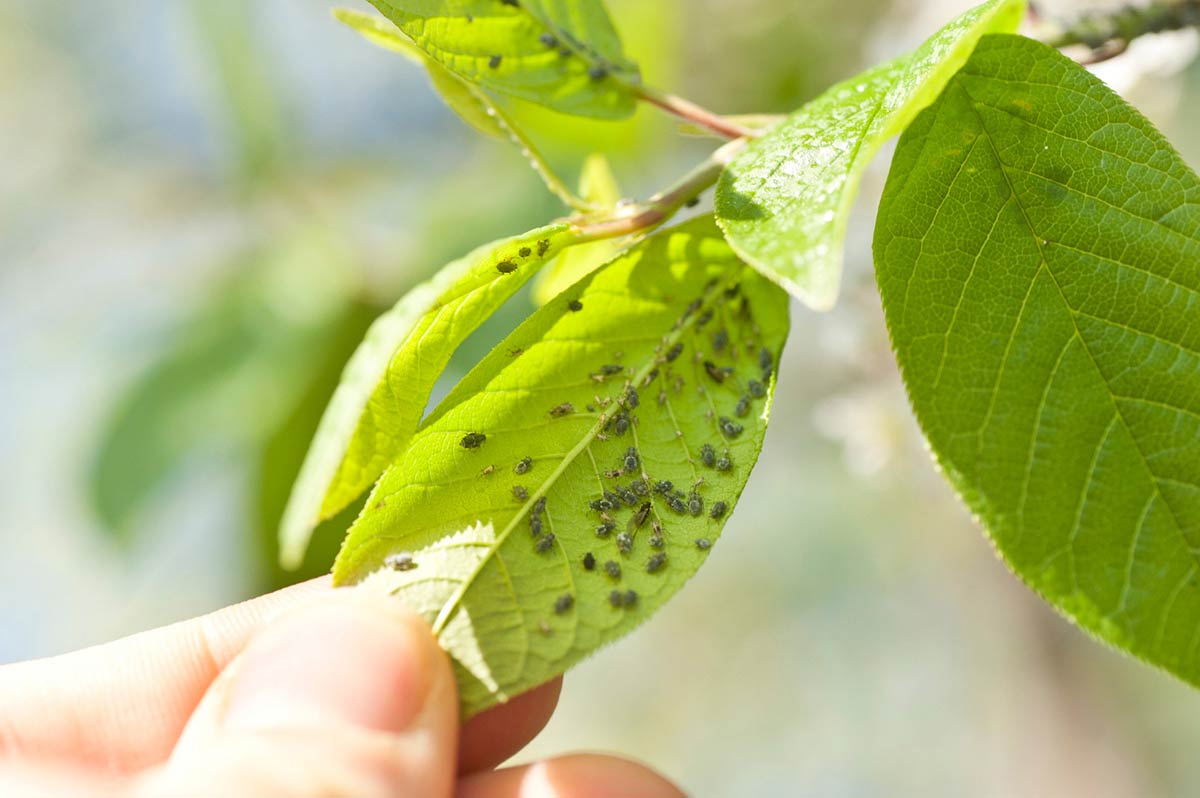 Aphids are a huge problem for vegetable gardeners.

These little bugs drain the nutrients from plants,

killing the plant in the process.

Before discussing the issues associated with biological pest control at a deeper level, let’s look at some of the most common commercially available insects used in pest control and the pests they target:

Is it ethical to introduce new insects into areas where they are not native?

For the most part, scientists and ethicists say introduced species are a danger to the ecosystem, but that may not be the case for biological pest control. Most biological pest control efforts avoid this dilemma by simply taking an insect that already exists in the area and introducing it in large, often overwhelming, numbers. This tactic facilitates quick control and/or eradication of the target pest. In general, this method is considered ethically sound despite some state laws that restrict certain insect shipments.

Will the introduced species feed on species that weren’t initially targeted?

According to the U.S. Fish & Wildlife Service, non-target attacks are likely when an initial pest population is destroyed or a more susceptible target is discovered. Will it always happen? No. Oftentimes the introduced control insects die off after their food supply is exhausted.

How can we assure these new insects don’t compete with native species?

Research on how biological pest control affects an ecosystem is extremely limited, so it’s hard to say if the introduced insects have the strength or numbers to compete with well-established native species. That being said, the primary thought is if the predatory/parasitic insect already exists there, then a sudden population boom shouldn’t matter too much.

Does biological pest control hold up to the government’s organic standards?

The USDA states in its regulations that the “introduction of predators or parasites of the pest species” is permitted for use in organic operations. 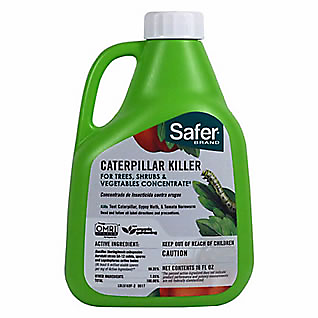 Are there other options for pest control that are compliant for use in organic gardening?

Insects, even beneficial ones, have the possibility of persisting in the environment and causing problems in the future. OMRI Listed® insecticides, however, do not. OMRI Listed® treatments are those approved for use in organic gardening. Safer® Brand offers a wide variety of OMRI Listed® pest-fighting products. Among them are options to fight plant-damaging aphids, caterpillars & worms, flies and mites.

You can learn about some more DIY pest control tips at PestRepellerCenter. 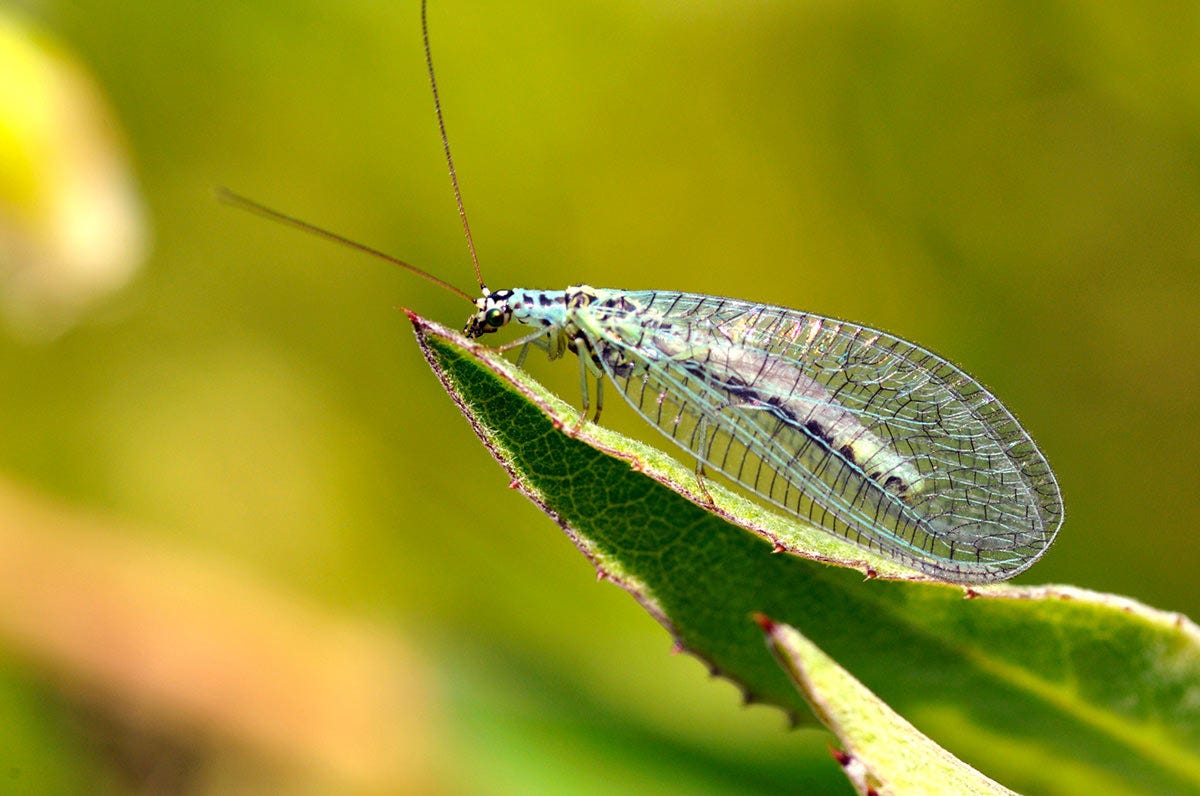 Lacewings are insects commonly used in biological
pest control to fight a variety of pests, including thrips, mites,
mealybugs and aphids.

What are Your Favorite Pest Control Methods?

Have you tried using beneficial insects in an effort to provide biological pest control? Which species did you use and how did it work? Let us know about your experiences the next time you visit Safer® Brand on Facebook.

Also, be sure to subscribe to the Safer® Brand E-Newsletter for more great gardening advice.