What is Diatomaceous Earth? 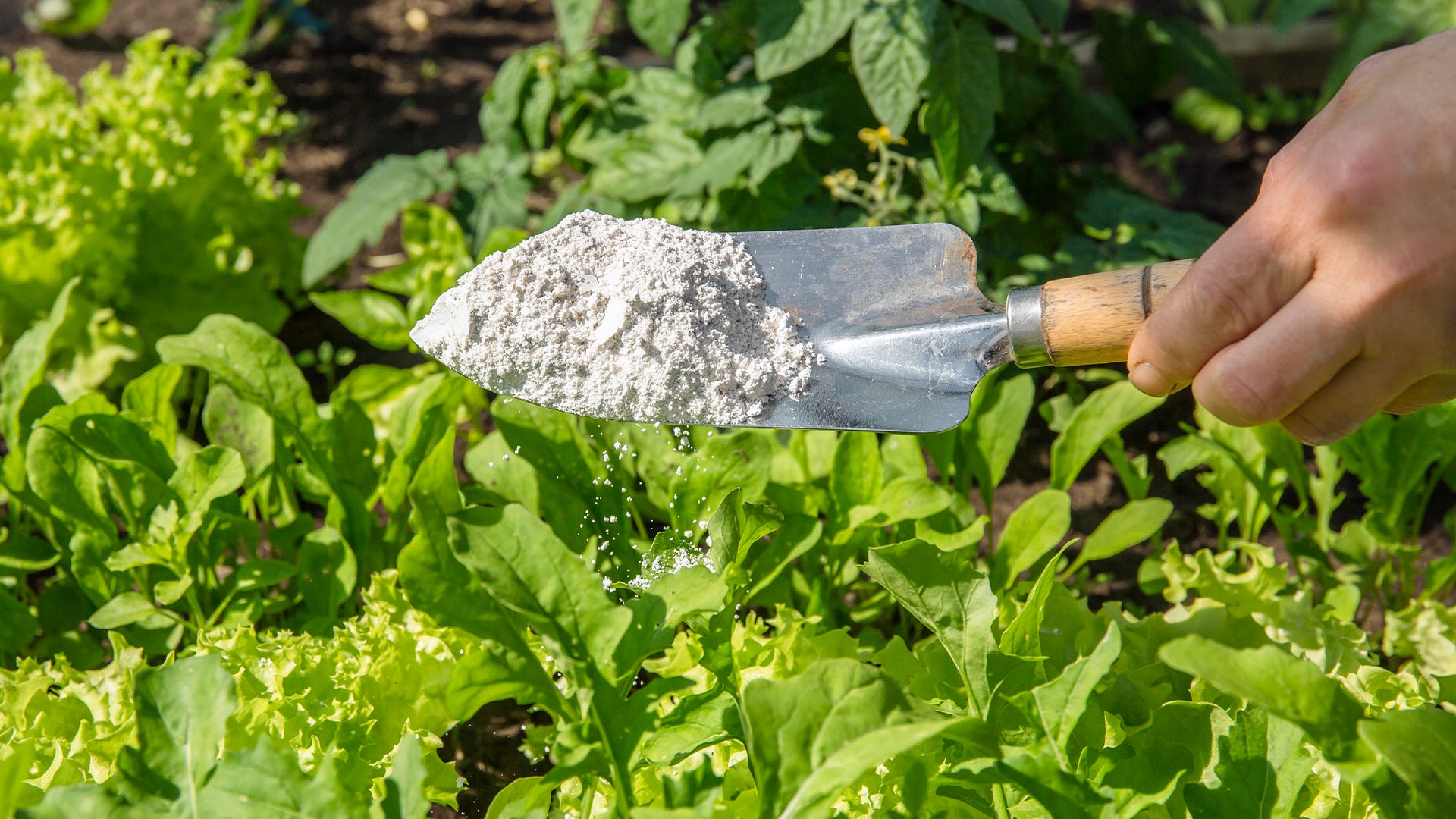 Discovered around 1836 by Peter Kasten in Germany, diatomaceous earth (DE) was originally used to make dynamite. It now has dozens of uses including: metal polishes, toothpaste, pest control and water filters. 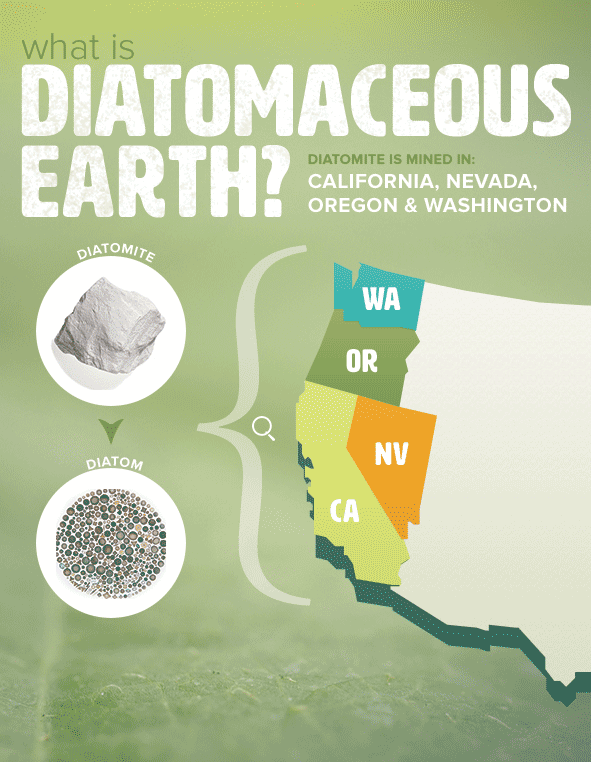 DE is made from Diatomites, which are rough, porous fossilized mineral deposits formed near dried up water. The mineral is a result of dead single-celled algae called diatoms usually found in marine sediments. Diatoms account for ¼ of all photosynthesis on Earth. The size of each diatom is about the width of a human hair (0.5 mm). While some diatoms float by themselves, many diatoms group together and form suspended chains near the surface of water or attach themselves to rocks or plants under water. 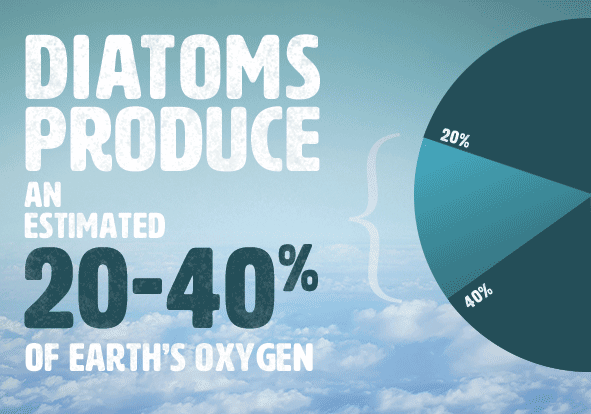 Diatoms have hard shells that resemble tiny pill-shaped glass houses made from silica. Silica is one of the hardest solids on earth and can be found in glass and concrete. Silica makes up 26% of the earth’s crust by weight.

Diatomite deposits can be found all over the world, including notable extractions sites such as Neuohe.

The quality of DE depends mostly on two factors: 1) where it’s mined and 2) how it’s processed. In the United States, according to the U.S. Geological Survey, DE is mined and processed in California, Nevada, Oregon and Washington. However, diatomite deposits can be found all over the world. At the processing plant, the diatomites are crushed, dried, and milled to create food grade diatomaceous earth.

Pool grade (also called filter grade) diatomaceous earth is treated with very high heat in a process called calcination, which changes the silicon dioxide into crystalline silica. Pool grade DE is toxic and should only be used in filtration.

Food grade DE has less than 1% of crystalline silica and no more than 10mg/kg of arsenic or lead. 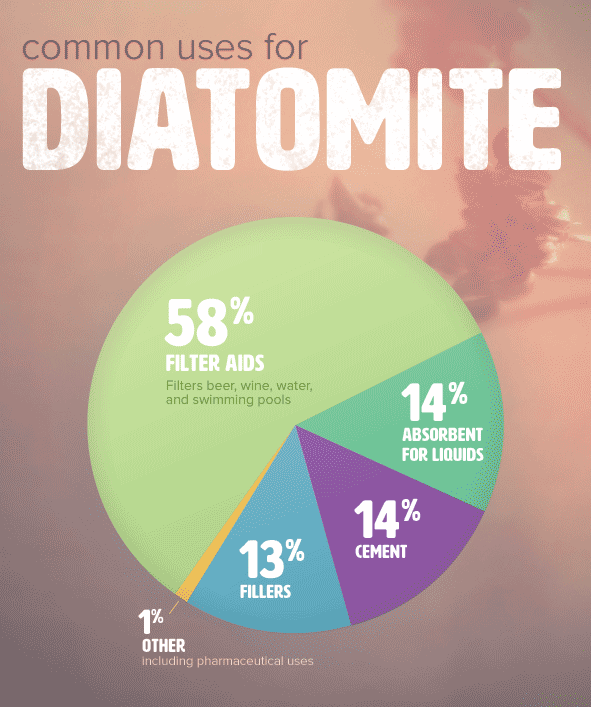 How DE Works To Kill Bugs

One of the most common household uses for DE is pest control.

Safer® Brand Diatomaceous Earth is deadly to insects with an exoskeleton. 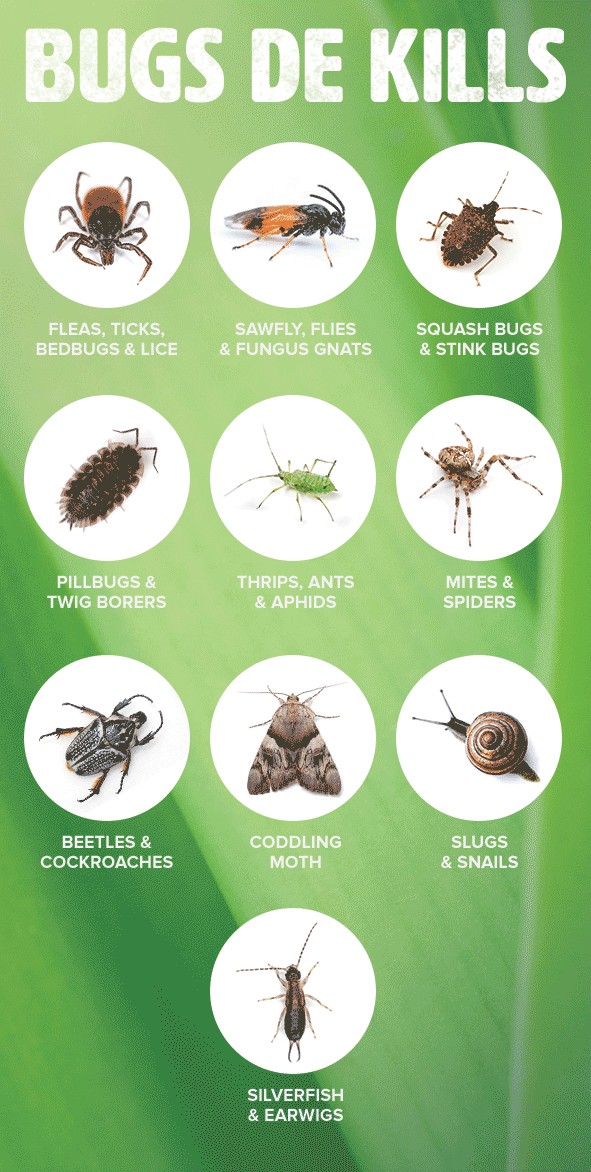 When a bug comes into contact with DE, it works under the insect’s shell and punctures the body with DE’s microscopic sharp edges, absorbs all the moisture, and causes the bug to die of dehydration.

Let’s take a look at how to use diatomaceous earth to kill bed bugs. In the past few years, the U.S. has seen a rise in bed bug infestations because the bugs built up resistance to the toxic chemicals companies used to get rid of them. Since diatomaceous earth kills bugs physically they can never become immune to it. Homeowners can safely apply diatomaceous earth to their bed, couches, closets and whole house to eradicate bed bugs without harming their pets and kids. Once bed bugs come into contact with DE it takes less than 48 hours to kill the insect. 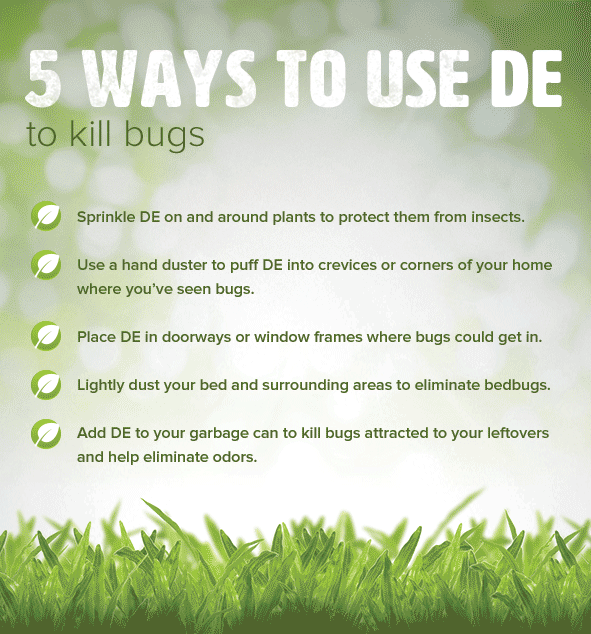 Wear a dust mask when applying DE as it can irritate your nose and lungs. However, DE is safe once the dust has settled. Diatomaceous earth must be dry in order to work. If using outside, reapply after it rains.

Leave bugs dead in the dust and feel good about using nature’s remedy. Check out Safer® Brand’s diatomaceous earth products made from food grade diatomaceous earth. Our products are OMRI Listed® and compliant for use in organic production. Click the product images below to learn more.

When using desiccants (diatomaceous earth or boric acid) to control bed bugs it is critical to use those that are registered by EPA and labeled for bed bug control. Desiccants that are intended for other uses, such as food-grade or for use in swimming pools, pose an increased inhalation risk to people. Learn more here:  https://www.epa.gov/bedbugs/pesticides-control-bed-bugs